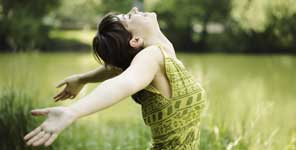 The definitive definition of health was developed in the late 1940’s by the World Health Organisation (1948) as “Health is the state of complete physical, mental and social well-being and not merely the absence of disease”. An alternative and somewhat more mechanistic definition of health from a conventional viewpoint http://www.ncbi.nlm.nih.gov/sites/entrez defines health as “the state of the organism when it functions optimally without evidence of disease”. Although this provides a clear definition, conventional practitioners (doctors) diagnose disease by looking at signs and symptoms. If the patient suffers from a functional disease, such as chronic fatigue syndrome, where there are few if any objective signs for the practitioner to observe, they would be defined as healthy using this definition, despite not being close to a state of “complete physical, mental and social well being” according to the WHO.

Freud defined health as “the capacity to love and work”.

Gascoigne – a proponent of alternative and complementary medicine defines health as “a freedom from limitation of activity “where symptoms on an emotional and physical level limit an individuals activity.

Health is therefore an optimal position to strive towards, rather than something that is readily available. The body’s homeostatic responses ensure we are in a constant state of flux, tending towards health but perhaps never reaching a healthy state as defined by the World Health Organisation or Gascoigne. Health seems closer to the Buddhist concept of enlightenment than realistic achievable goals for current patients constrained by the stresses and strains of modern living.

If a person is “healthy” then according to the above definitions of health they must at least be free from disease. Mosby’s medical, nursing, & allied health dictionary (2002, p533) defines disease as a ” condition of abnormal vital function involving any structure, part or system of an organism”.

Western medicine tends to separate the disease and the person talking of disease as a thing, not as a part of a total life process. It augments its reductionist view by then isolating the cause of disease with a view to change, control or destroy. A distinct line is drawn between the disease and the patient. The disease is therefore something that happens to the patient that they have no control over. This absolves the patient of any involvement in the healing process. While this view, may on the whole be prevalent within conventional medicine, conventional treatment is not always reductionist.

In psychological diseases such as depression and stress the patient often has the option to get involved in the healing process through counseling, where they can take positive steps to improve their situation. The reduction of this depression and stress may then reduce other secondary side effects of the disease, such as IBS, thereby removing disease without eliminating or suppressing through the use of drugs or surgical operations.

Acupuncturists tend to take a more holistic view of disease, looking at emotional, mental and physical aspects of the individual rather than stripping the body to constituent parts to work on in isolation. The Nei Jing expands on this theory further “the universe stemmed from one universal yuan qi, which meant that an event in any point of the universe resonated with phenomena of ‘like qi’ elsewhere.” That is to say, we are all products of our environment and inextricably linked to it. Psychologist Abraham Maslow has postulated, that “sick people are made sick by a sick culture, healthy people are made possible by a healthy culture”.

Both conventional and alternative medicine rely on observation to a greater or lesser degree to ascertain symptoms and diagnose disease. It is important to realise that it may be impossible to get a truly objective picture of a patients symptoms. Modern quantum physics teaches that the act of observation of an experiment may alter the outcome of an experiment . Similarly the act of observing a patient may well alter the symptoms or signs they display, or that I as a practitioner perceive they display . As Gascoigne states “The question to ask is whether the subjective element can ever be removed completely? Perhaps it is possible to affect the outcome of a trial merely by mental attitude”.

Where alternative and conventional medicine diverge is in the use of invasive tests to confirm or disprove diagnosis of disease. According to McTaggart (What Doctors Don’t Tell You) endoscopy kills one in 2000 patients and removal of sample tissue when diagnosing suspected cancer may cause cancer to spread. Recognising these risks the author suggests “it is vital you forgo any test…unless it is truly vital”. This statement, that all tests are destructive and harmful, is, in my opinion, irresponsible. How does a lay patient know what is “truly vital”?

A cure can either affected in an allopathic manner or homeopathic manner. In an allopathic approach disease is seen to be the enemy that must be eliminated or suppressed. The conventional practitioner may treat the body like a machine separating out mind and body, then adopting a reductionist approach where, according to Nettleton “explanations of disease focus on biological changes to the relative neglect of social and psychological factors” . Treatments will then primarily be based at a physical level using surgery and drugs.

Antibiotic drugs are an example of an eliminative treatment, ridding the body of pathogenic organisms in the case of an infection. Quite literally when translated into latin they mean “against life”. In homeopathic treatments (including acupuncture) like cures like and the practitioner works with the bodies energy, be that negative or positive, to affect a cure.

A key factor in the approach to treatment is the amount of time each type of practitioner can spend with their patient. A conventional General Practitioner in the UK spends a lot less time with patients than an alternative practitioner. According to the BBC (2007), data released by the Information Centre for Health and Social Care stated that the “average consultation time in 2006/07 was 11.7 minutes”. A typical consultation with an alternative practitioner , such as an acupuncturist or homeopath, may range from forty five minutes to one and a half hours. It may be unrealistic to expect a GP to be holistic in his/her approach to treatment as in just under twelve minutes he/ she would barely have enough time to take down full details of the complaint. A forced reduction in time spent with the patient, through workload pressure means that the GP is forced to take a reductionist viewpoint. There is simply not enough time to talk beyond the direct issues that affect the patient at that moment in time. As Max Parrot of the American Medical Association puts it ” the technical aspects of medicine are easy. The difficult part is dealing with the personality of the patient.”

It is perhaps these time constraints and difficulties in dealing with patients that have led to the overprescription of antibiotic drugs. A 1981 study into prescription of antibiotic drugs, in the Review of Infectious Diseases claimed that “in half cases where antibiotics were prescribed, the medical condition did not warrant them”. It is important to bear in mind that the first point on the General Medical Council good medical practice guide (2006) is “make the care of your patient your first concern”.

According to psychologist Abraham Maslow in order to become healthy, and therefore affect a cure, patients need to put significant work into self-realisation. This work entails “discipline, deprivation, frustration, pain and tragedy”.