The symptoms of carpal tunnel syndrome are caused by compression of the median nerve in the carpal tunnel at the wrist. Symptoms include numbness, tingling, and burning sensations, and a dull ache in the hand and fingers. Symptoms usually occur at night causing significant discomfort. Often waking the sufferer and causing discomfort. Pain can radiate up as far as the elbow or neck in some cases.

Less common symptoms of Carpal Tunnel syndrome include weakness or clumsiness of the hand, dry skin and swelling or colour changes in the hand. Symptoms may recur during the day when the hands are stressed doing typing driving or other exercise.

Why Do You Get Carpal Tunnel?

Although most patients complain of pain from overuse of the hand, no direct link has been found between overdue and carpal tunnel. Carpal tunnel can develop as a complication of arthritis or bone deformity.

Research has shown that acupuncture treatment may specifically help in the management of carpal tunnel syndrome by:

How Do I Treat Carpal Tunnel With Acupuncture?

First of all some basic tests are performed. These ascertain whether you have carpal tunnel, or you have muscular tightness that refers pain into the hand that mimics carpal tunnel. 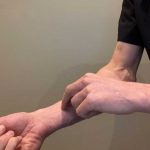 Tinnel’s test, shown here, involves tapping on the median nerve. If this refers pain (in particular sharp, electric type pain) into your palm and/ or fingers its indicative of carpal tunnel. 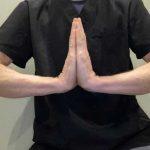 If these tests are negative – thats good news. Its possible you have muscular tightness in the forearms, or sometimes as high up as in the neck. In this instance palpation of the affected areas often replicates the pain and we can begin deactivating these tight areas with needles.